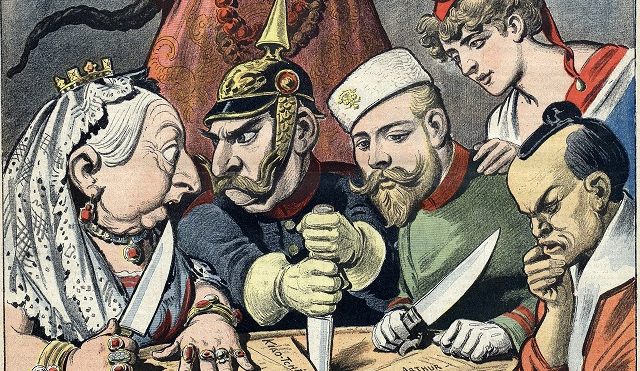 Poland. A land of flourishing forests and a thousand crystal clear lakes, bordered by golden, sandy beaches of the seaside north, and proud, torn mountain tops of the south. A land where the story matters.

And let me tell you one, as I see it.

As many ancient tribes, almost two thousand years ago, ancestral Poles traveled the dangerous world looking for a place to live peacefully, and finally they have found it. Under the thick, green cover of tall trees neighbored by a shimmering coolness of fish rich rivers. A place they could call home, a place where a man could decide his own fate, free from the reign of others, and freedom was what they have loved most.

Due to scarce number of historic sources surviving till our times, their past is covered in a mystery. We don’t know from where they came, we don’t even know who they were. Some say, that Slavs – that’s how we call them today – lived there for much longer than it is currently believed. Some say that they came by ships from distant lands.

All we have, are pieces of a great puzzle. Covered by earth, abandoned settlements. Weapons, trinkets and tools, buried in barrows in the crippling to ashes hands of their former owners. Half forgotten gods and legends. Snippets of information hidden in old letters from different cultures. And clues left in genes. Pointing far, far away, to the other side of the world.

What we know for sure, is what they have done later and how they have shaped the world around.

Let us leave other Slavic tribes and their stories, focusing just on those that came up to create Poland. There, after several centuries of quiet life, in the very heart of Europe, a tribe gathered on a rally so vast and numerous, that was never seen before. Slavs knew no kings, no princes, as each man or woman was equal, and their voices had to be heard. If a tribe had to go to war, a chief was elected in a voting. If it made peace, a chosen elder would be conducting negotiations. Selfrule and freedom, could overcome everything. But now, dark clouds gathered on the horizon, and it was obvious that the tribe had to decide their future actions.

A change was coming from the west, an empire was growing. A foe who, if nothing was decided, would have conquered the tribe and subdue it to its domain. Especially that, they had their strange and powerful god, that seemed to aid them and declare everyone who didn’t follow his path, as a heathen and heretic. One god not many, like it was believed among the Slavs. We will fight, said a lively young warrior, we will destroy them just as we had before. You may fight, replied an elder, but they are many and they will keep coming, until there will be no one left to fight them. Just as it had happened before with our brothers in the west. There were many others speaking, those wise and those not so much. The gathering lasted for days, from sunrise to sundown, and when the night came, they joyed. They fest, danced and loved each other, for apart of freedom, they truly loved life with all its pleasures.

Finally, it was decided. Tribe has to change its ways. The new god will be accepted among the old ones, a prince will be elected. If we can not defeat our foes, we will become their allies. We will perhaps have to change our ways, but if we adjust beforehand, we shall retain our freedom. Not everyone agreed. Not everyone liked the changes. But those who didn’t follow the new path were, as expected, conquered, subdued and forgotten.

This, of course, is just a story. For all we know it could happen like this, or any other way. The fact remains though, that all the Slavic entities were christianized roughly in the same time, a span of one century.

Poland arisen in this new era, under prince Mieszko I from Piast lineage, who in 966 was formally baptised, giving his country an international recognition. This very act , neutralized the threat of Poland being subjugated by the Holy Roman Empire and was a milestone in creation of a Polish church structure with an independent Metropolitan See at Gniezno. That, in return, allowed his son, king Bolesław I the Brave, to build a strong and powerful country in the years to follow.

Yet, all that was new to Poles. The religion, the fact they had a sovereign ruler, their place in the world. And it bothered them greatly. It took the country three centuries until it found its new identity. During which, it had to endure a revolt of pagans, wars with outside enemies, and internal political shifting between rule of one king, to a commonwealth of princes and fiefdoms. Traditional slavic religion tolerance, had to confront the non negotiable monotheism of christianity. The equal rule of all, had to find its balance with king’s omnipotence. The pure joy of life so cherished before had now to consider the sins to be judged in afterlife. And all that during a constant power mongering and strife among neighboring states and countries which cost the state dearly, both in wealth, land and casualties.

Only then, at the beginning of XIV century, the last of the Piast dynasty, king Casimir III The Great, lead Poland into another age. An age of prosperity and balance. A dawn to golden era that spanned for another almost 500 hundred years. A state unique in its character and a great victory of those that decided to change their ways in order to retain their freedom. What has been born, from a Slavic passion and tolerance, was mixed with the pragmatism and wisdom of the latin civilization, had no analogy anywhere else. And first signs of that flourishing new culture had just announced its presence to the world. While latin Europe succumbed to the religious schism, intolerance, fight with heresy and inquisition rampage, Poland welcomed all that wished to retain their faith and freedom, as long as they obeyed the laws and granted the same tolerance to others. Thus came the Jews, so grateful for their new home, that they called it Po-lin, a place to rest. Then, as years passed, the hussites, lutherans, calvinists and others. What was a custom, was later incorporated into formal law in an act know as XVI century Warsaw Confederacy. First of its kind. While in other European countries nobility was privileged but often powerless against the kings will, in Poland, szlachta (as they were called) decided who will become the king by voting in a free election. In Europe, nobility made up not more than 4% of a given country population, in Poland it was up to 15% and each of its members had the same rights as the other. That basically meant even the lowest squire had the very same privileges and obligations towards the state, that field marshal of king’s army, or the chancellor had.